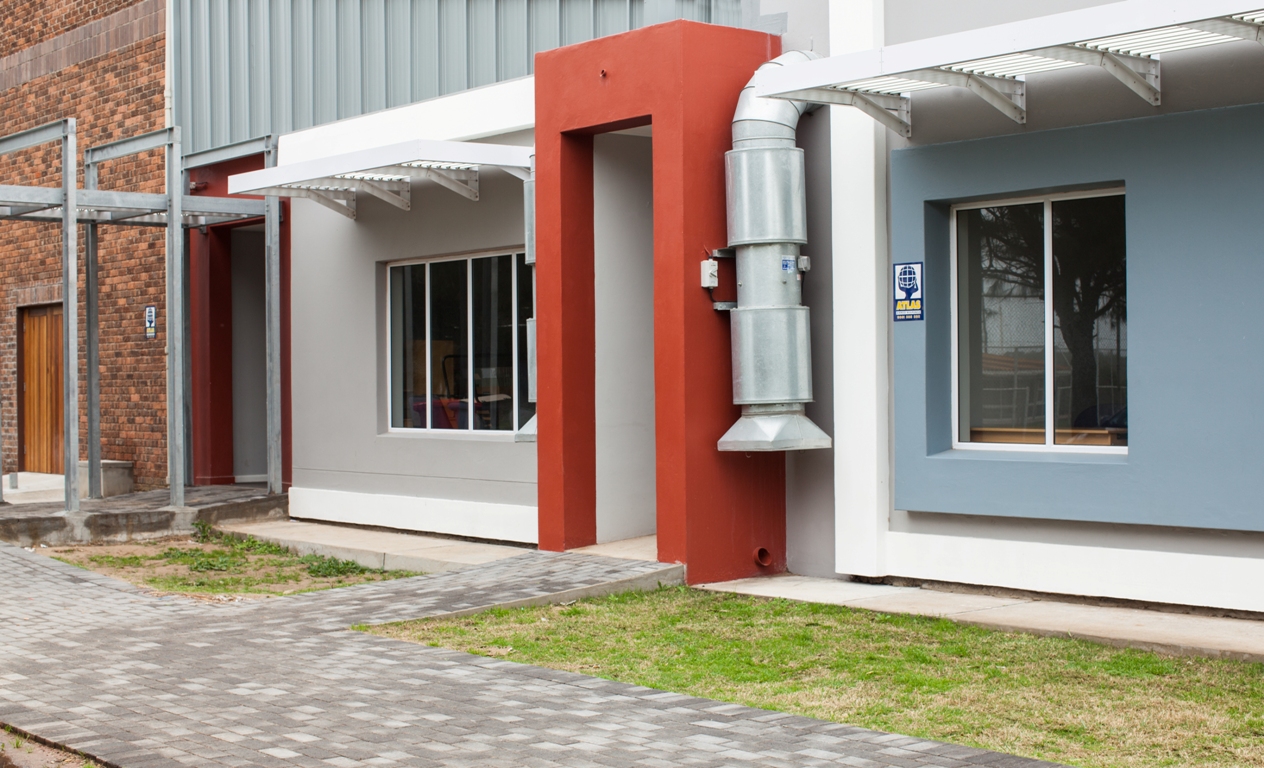 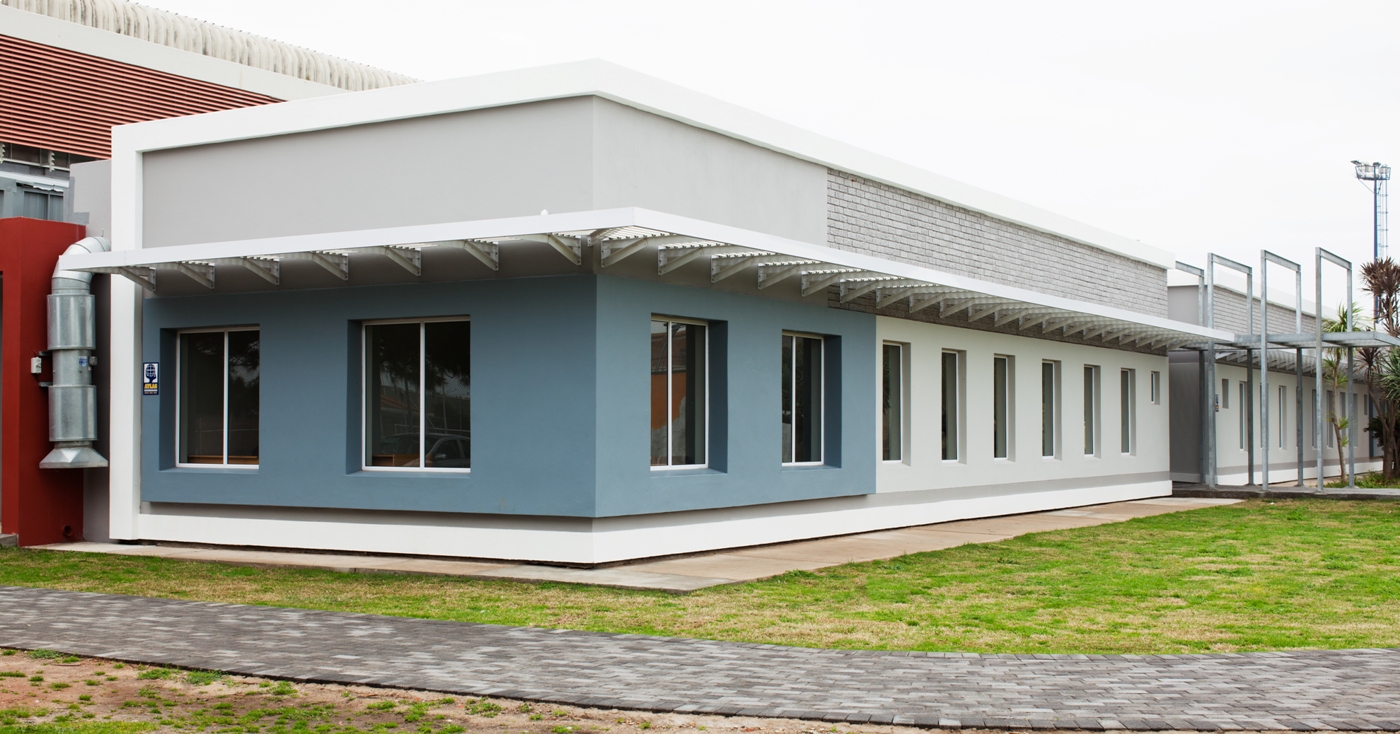 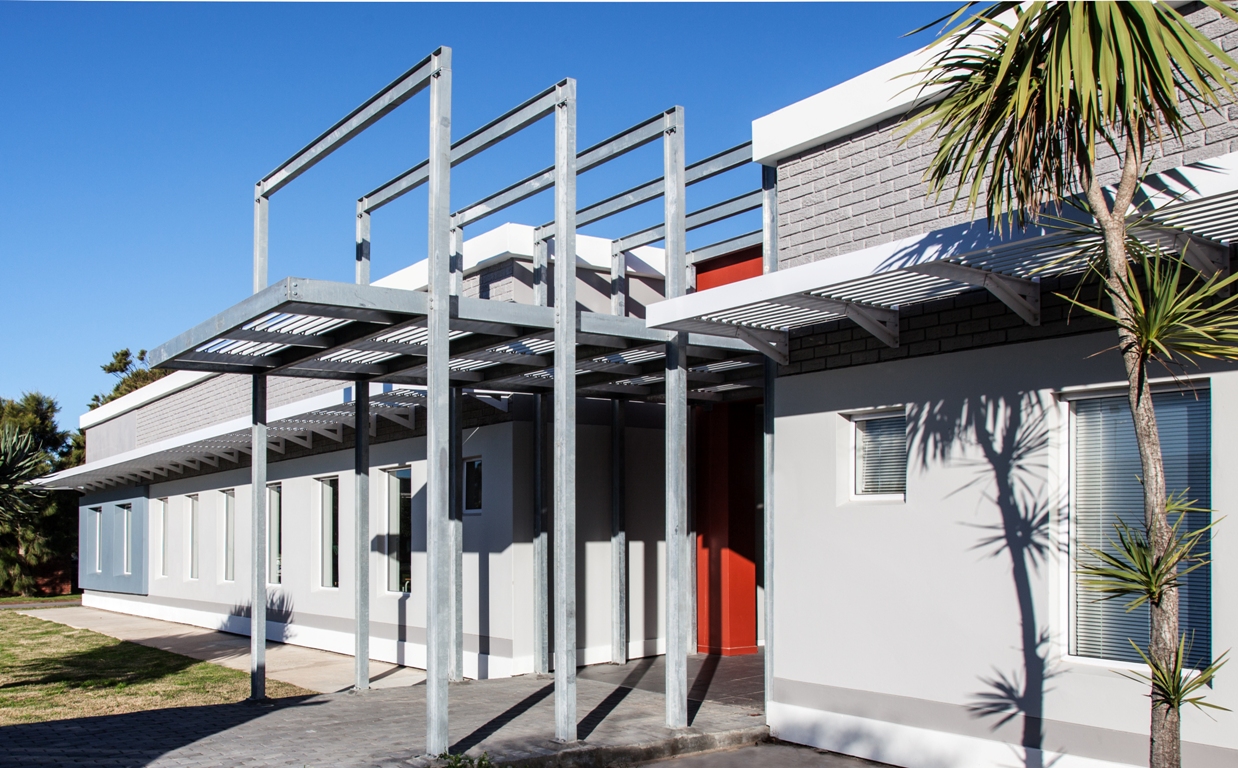 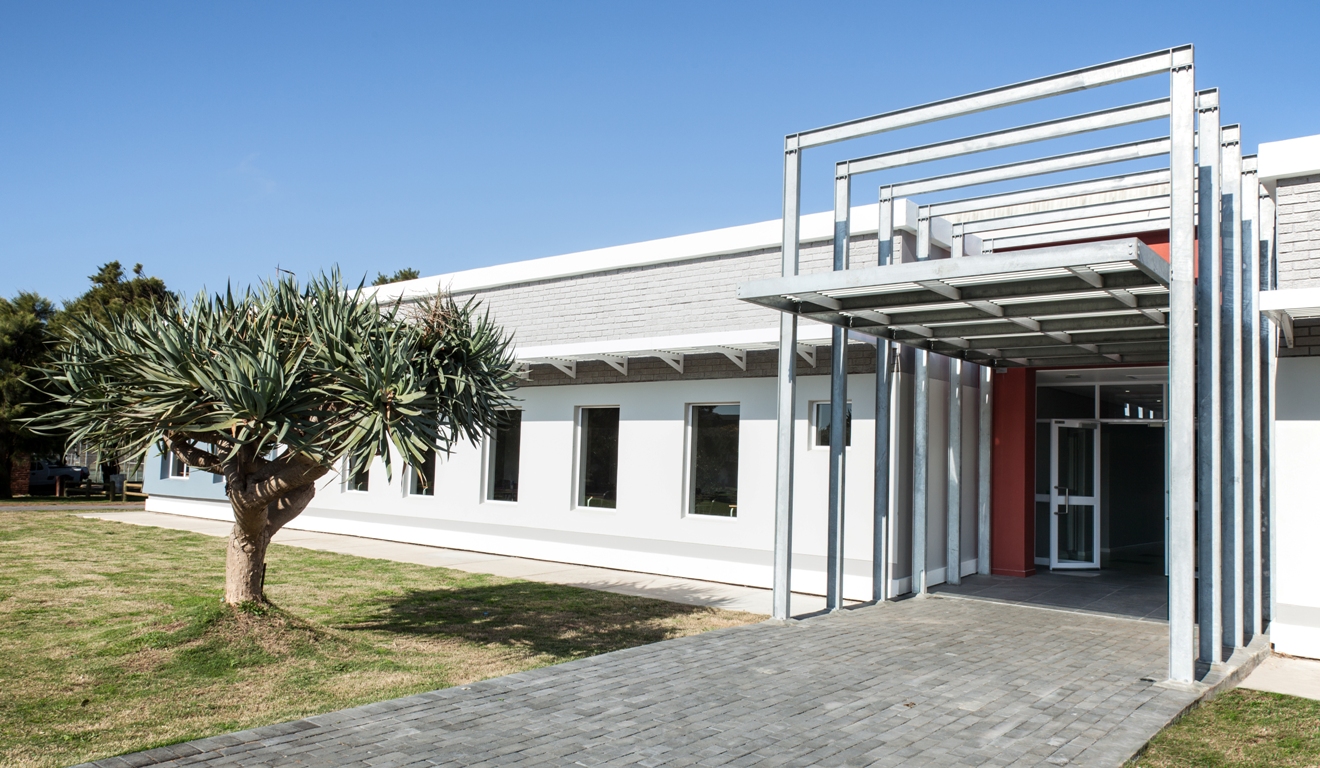 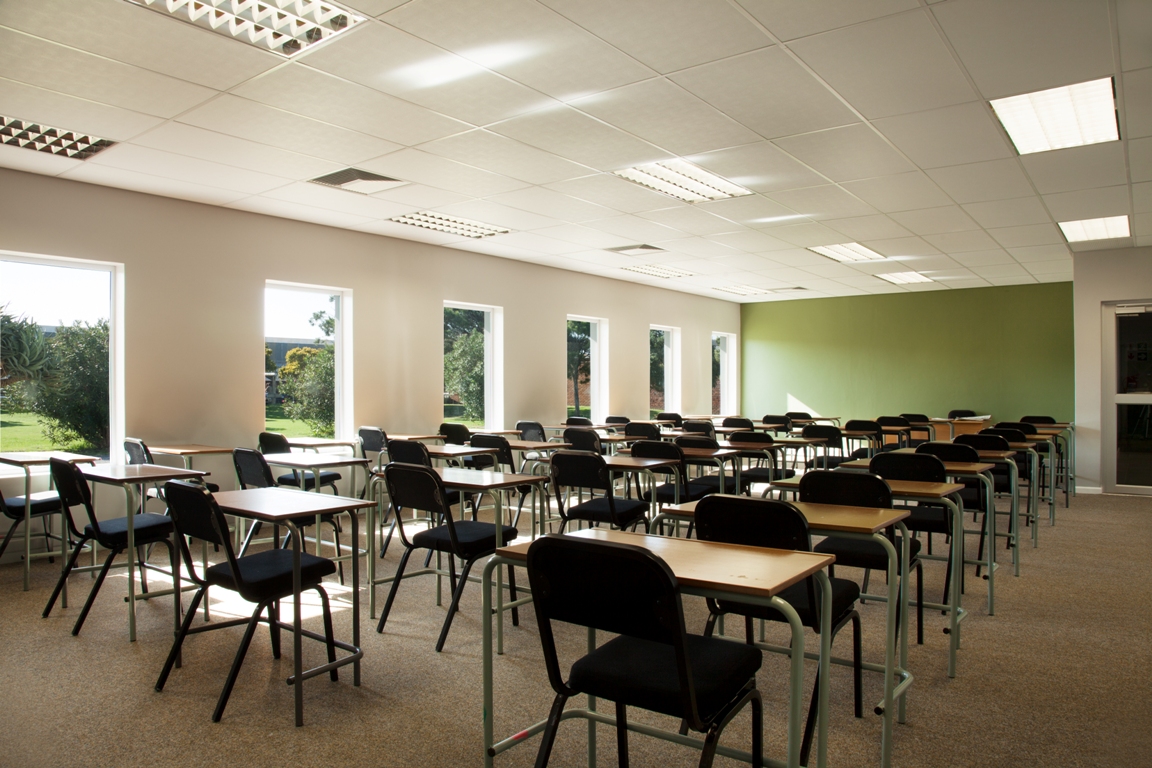 The  expansion and upgrade of the Nelson Mandela University exam centre, along with the redesign of its offices, presented the opportunity to transform the space into a calm and focused area, reflecting the similarly desired mood of students during examination times. As a result, the exam centre now also complies with international standards.

Initially this was an interior design project but during the construction process it became apparent that the roof did not comply with set standards and had to be replaced. At this time, the client decided to make use of the opportunity to redesign the front facade in order to introduce a human scale to the building. The biggest risk to this project was diminishing the facade of the building by placing most of the mechanical services on the exterior and thus creating a factory-like image. However, this placement was very important due to the introverted nature of the building and the solution was to celebrate the duct and incorporate it into the design.

With the redesign of the offices, the use of space has been optimised and user comfort has been increased drastically. This has been accomplished by rationalising the layout, introducing soft, natural light and using accent colours for designated areas with particular uses 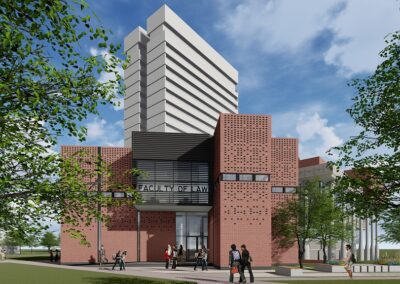 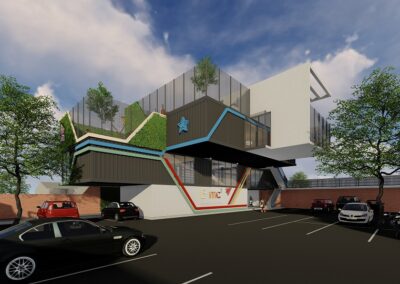 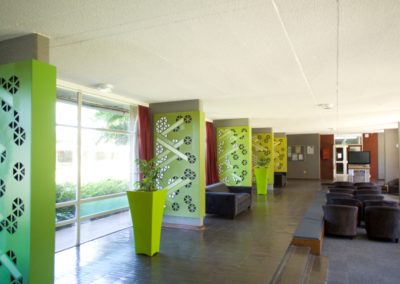 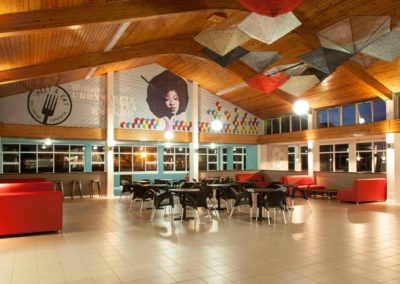