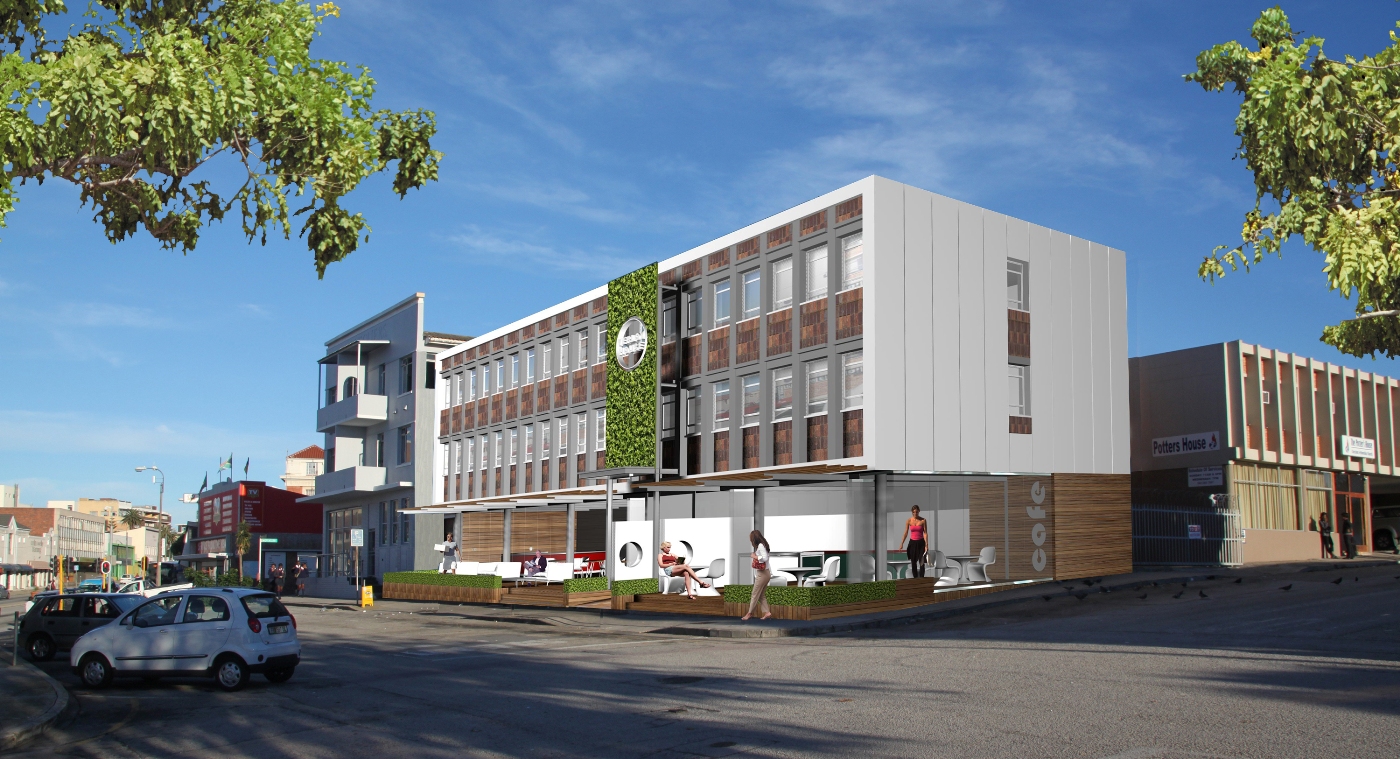 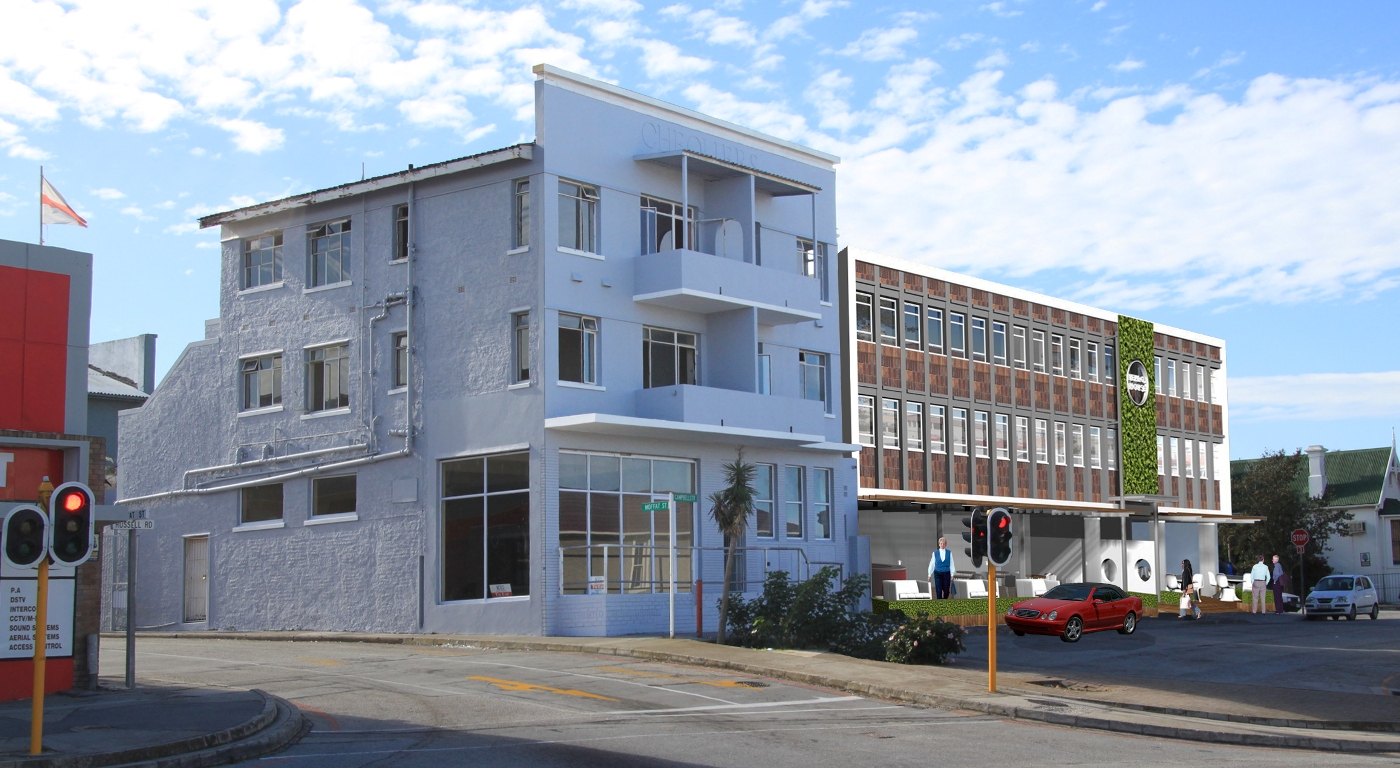 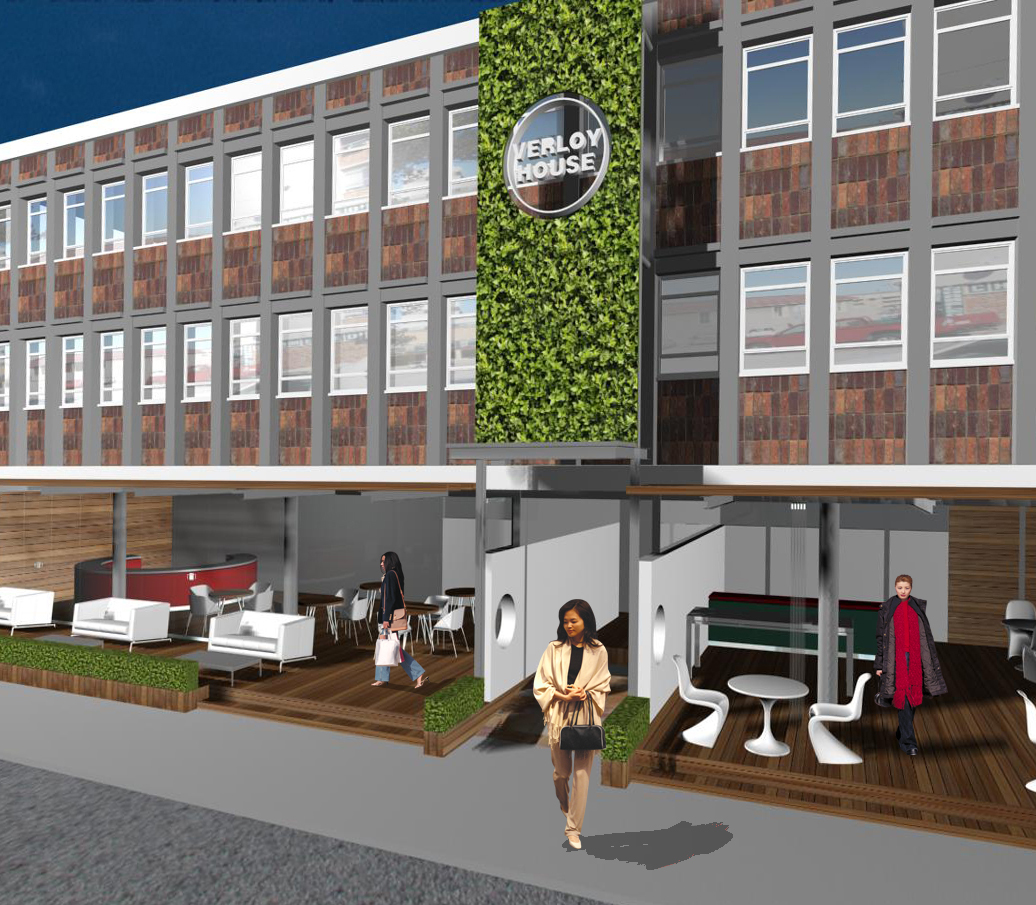 Verloy House in Richmond Hill is the perfect example of how minor changes can bring about a desired major change when the real cause of a problematic situation is identified. After seeing other Muse Architects projects in the area, the client consulted with us on a proposal to address underutilised space in this building. According to the owner, the current tenants detracted from the general character and atmosphere of the area, leaving the first and second floors of the building almost entirely vacant. Therefore we proposed investigating the current use of the ground floor shops thereby identifying challenges and opportunities.

According to our proposal, the enclosed ground floor is opened up and exposed with the use of a veranda which is warm, social and relaxing, much the same as the character of Richmond Hill. The building is also South-facing which minimises solar heat gain.

Furthermore, with the use of a vertical garden (also known as an abstract tree), the leafiness of the suburb was incorporated into the facade of the building, drawing attention for tenants from Cape Road. The entrance, which was previously unapparent, is now also more pronounced, making the building more legible. 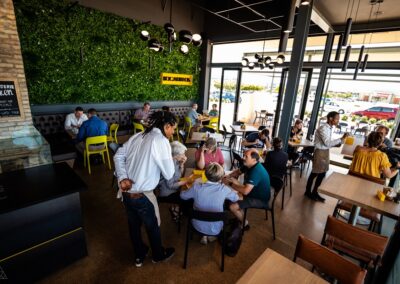 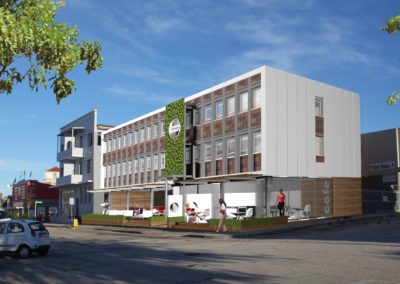 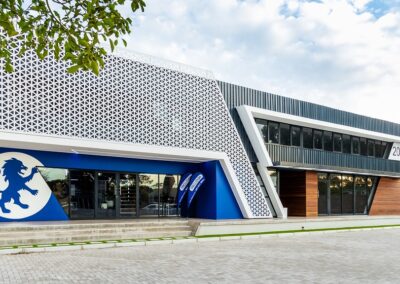